The car scene can be toxic.

Let me explain why…

Long gone are the days where you can build a car how you want it and not receive negative comments towards you and the car.

Buy a new exhaust? Too loud. Sounds like shit. Sounds like [insert instrument here]. Sounds slow. Why didn’t you go with ABC?

Do some exterior/interior mods? HAHA! Wow that looks horrible. Why did you do that? Who does that to [insert your car here]?

If you don’t like what somebody posts up about their car, or shows off something they’ve done, why even comment? Why does it make you feel good to put other people down?

Why make remarks to make fun of somebody’s work? They probably thought about what they wanted to do, put in the time and money to do it, and now they have it.

It’s just a show of character on yourself when you can’t even say anything nice about what somebody has done.

It’s an equal show of your character if you make a react on a post that talks down or makes fun of somebody else.

Just let the person who is doing custom work be. Let them enjoy their car. No need to make stupid reacts to what he posts or berate/belittle them.

Be an adult. Act your age.

In the end, I’m going to continue to keep doing me, whether anybody likes it or not. I’m going to do what makes me happy, because in the end, being happy with whatever you decide to do with your car and your build is all that really matters. 💯

Copy and paste if you agree. 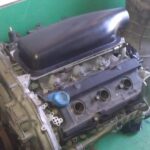 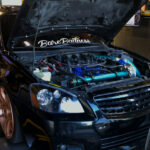 Happy New Years from my4dsc.com | Cheers to a Healthy & Awesome 2021

Where Is My B-Pipe, Y-Pipe And Resonator? | Exhaust Reference