I purchased this slightly used from the classifieds here for a price that made it worth trying out.
There have been nearly a dozen threads over the last couple of months describing how intakes on our cars just bring hot air into the engine.

The R2C utilized the factory snorkel as well as a heat shield that is gasketed to keep out excessive engine heat.

I am running the black hex filter line, which appears to be an upgrade from R2C. They claim 10hp increase, which I don’t really believe. Their website shows dyno graphs of the increase as well as intake temperature staying identical from stock and after install. Their website dyno charts show the increase starting about 3800rpm, but a decrease till about 3000rpm.

Currently I have a Racingline y-pipe and Stillen light weight under drive pulley for engine modification. Over the next week I will determine if this is just noise or if there is an increase in performance.
We know that if I start getting better mileage, there is a good chance I have lost hp.

Install was very straight forward and took about 30 minutes. Now, I used to work on cars for a living, so if you don’t know what you are doing, or what tools you need (the directions didn’t have the right tools listed) then it will take you 60-90 minutes to complete. Initial impressions from install:
The heat shield could be a little more robust. It covers the entire hot side, but I would have finished the box and enclosed the filter a little more. The filter is solid, and I have no doubt it will last the life of the vehicle. Assembly can be a little confusing from the directions.

Initial driving impressions:
Noise. It is definitely louder than the stock box. Resonators on the breather hose and air box are eliminated, as well as the ‘sound tube’ if you still have that on your car. The open design really let’s the motor sing in the cabin. It made me feel like my exhaust sounded better as well, but I’m sure that was just the added engine roar.
There is some low end torque lost. I can still chirp the tires, but nothing like before. To me, it feels more like a ramp up of power being applied. I did not (un scientifically) notice a change in my 0-60 times. If I did gain power, it is above 3500 rpm. That felt better, but it may be placebo from the extra sound. Boy, it sure does sound faster.

And now for some hard core knowledge from someone much smarter than me: This is a copy/paste with a little editing, so some context may be lost.

There are three aspects here:

1) intake air temperature, which we will assume is similar although I haven’t seen any data

So your Maxima has the high output version of the transverse 3.5 liter port injected V6. Unlike the cheaper Altima version it has the exhaust variable cam phasing (VTC) and two different actuators for resonance tuning. One actuator changes the length of the runners. Another actuator changes the volume of the intake plenum, the collector. This architecture is very different from the 3.5 liter longitudinal mounted engine used in say the later 350Z: that engine has exhaust cam phasing but has independent intake systems for the different banks.

Now recall that there are pressure waves that occur in the intake system. For our purposes there are two effects:

2) Intake air pushed back into the intake port as the intake valve opens during overlap. This one’s a little harder to visualize so here’s a diagram: Keep in mind that the general rule of thumb is that shorter piping length (including induction system before the throttlebody) tends to result in more sharper peaks that fall off early. Longer piping length results in fewer peaks and better higher rpm breathing. The Maxima has an actuator that switches between runner lengths to get a broader torque curve.

The Maxima does NOT have an actuator to adjust the length of the intake pipe leading up to the throttlebody (air induction system). Its geometry is fixed. When you change that, you change the pipe tuning effects. Some engines do have a variable air induction pipe length. The Rx-8 is one of those – I covered it in my thread.

Now keep in mind that much of this runner length effect is related to the intake valve closing timing (the pulses reflected when the intake valve shuts). The overlap effect gets into valve timing and scavenging effects. That has its own set of optimization that needs to be done regarding cam sweeps. I’ve covered a cam phasing sweep in page 7 of my thread, in the context of fuel economy, but it works for performance as well. So the valve timing can be optimized in simulation and it can be tested on a dyno, preferably an engine dyno where port pressures and cylinder pressures can be sampled on a crank angle basis.

The plenum can dampen the pulses and/or provide a reserve of air that can be drawn in. The general rule of thumb on an n/a engine with 1 collector is that larger plenum volume = better for high rpm, smaller plenum is better for low rpm. So you’ve got an actuator that switches between the conditions.

There’s a chance you could restore some of the lost low end torque if you adjusted the VTC tables to change pulsation effects and scavenging, and/or moved around the switchpoints for the variable runner length and variable plenum actuators.

Also, this is an open element style filter right? And the factory air snorkel is just sort of showering air on it, rather than a sealed airbox design like stock? That right there shortens the effective length of the pipe, in addition to the loss of any plenum like effects from removing the resonance chambers. A larger pipe will also have more static effect (less pressure drop) at higher rpm, because pressure drop increases exponentially with airflow. See page 6 of my thread for a chart.

Unfortunately those are not well put together dyno sheets on the manufacturer site. They are busy and hard to read. And I really don’t like that it started at such a high rpm for the pull. It is missing the scavenging area under 3000rpm which is heavily influenced by Exhaust VTC tuning for additional overlap. Chassis dyno operators are scared or unconcerned about low speed full load but I’ve seen OEM guys agonize over it and make big changes to optimize torque at 1500 rpm. If you’ve got a loading dyno, start at 1200-1500 and run to redline with the dyno brake ramp control. It gets a more consistent pull. You’ll see pulsation and tuning effects a lot more. 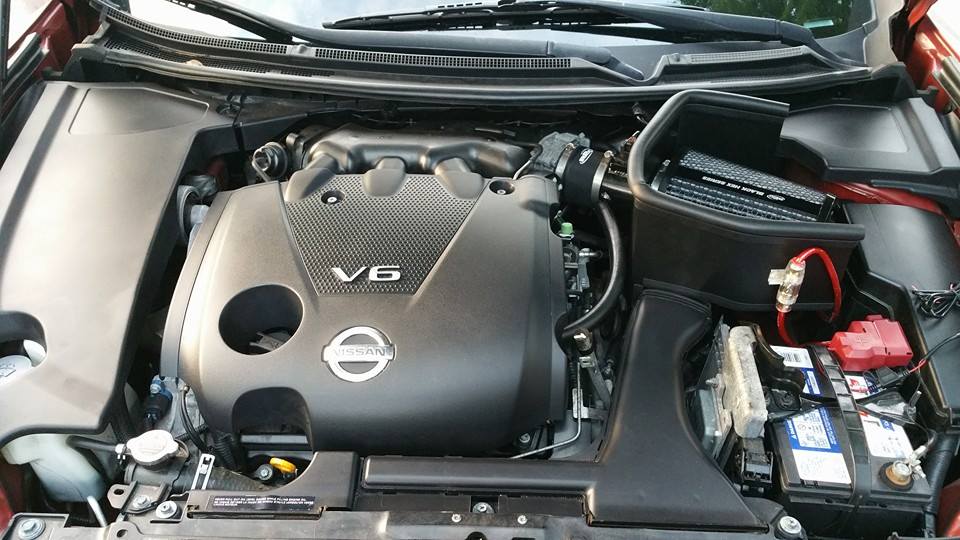 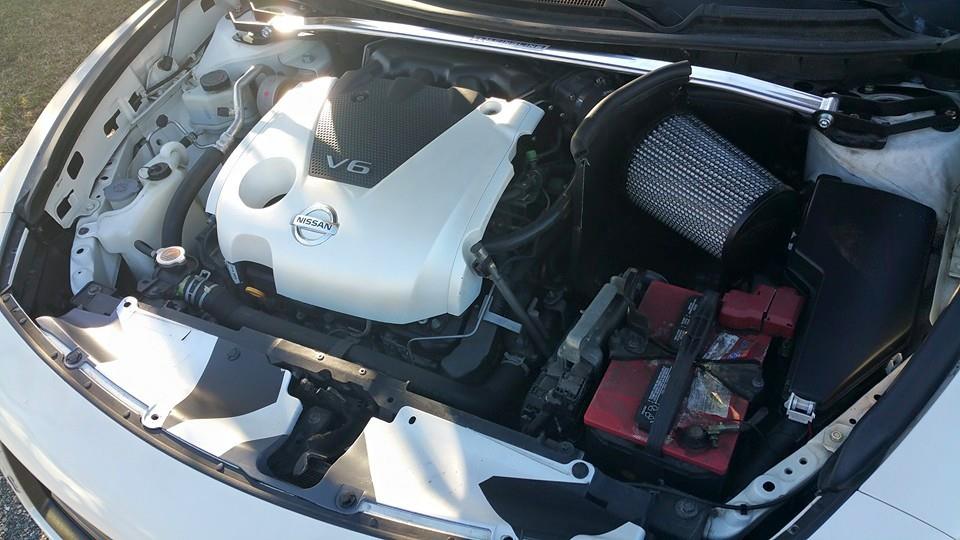 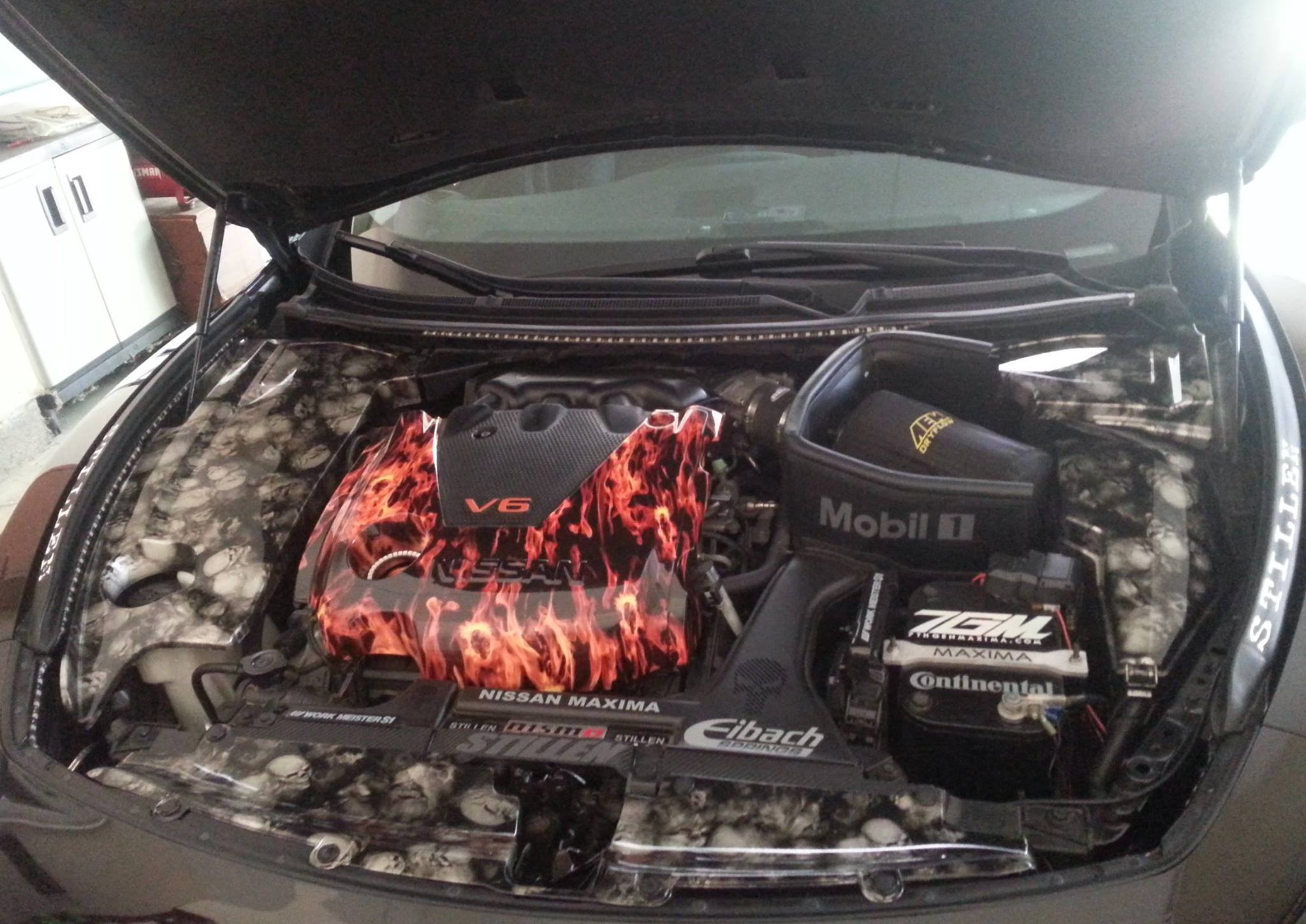 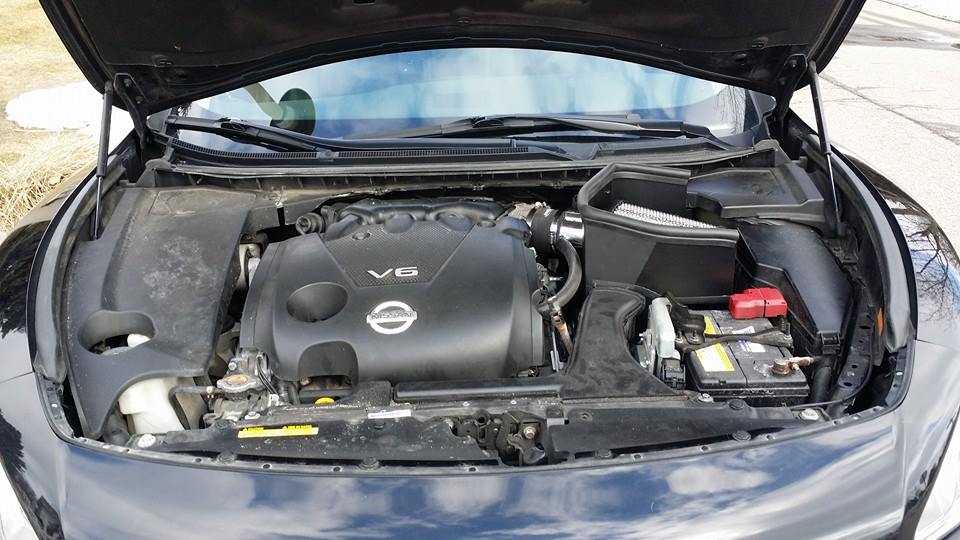 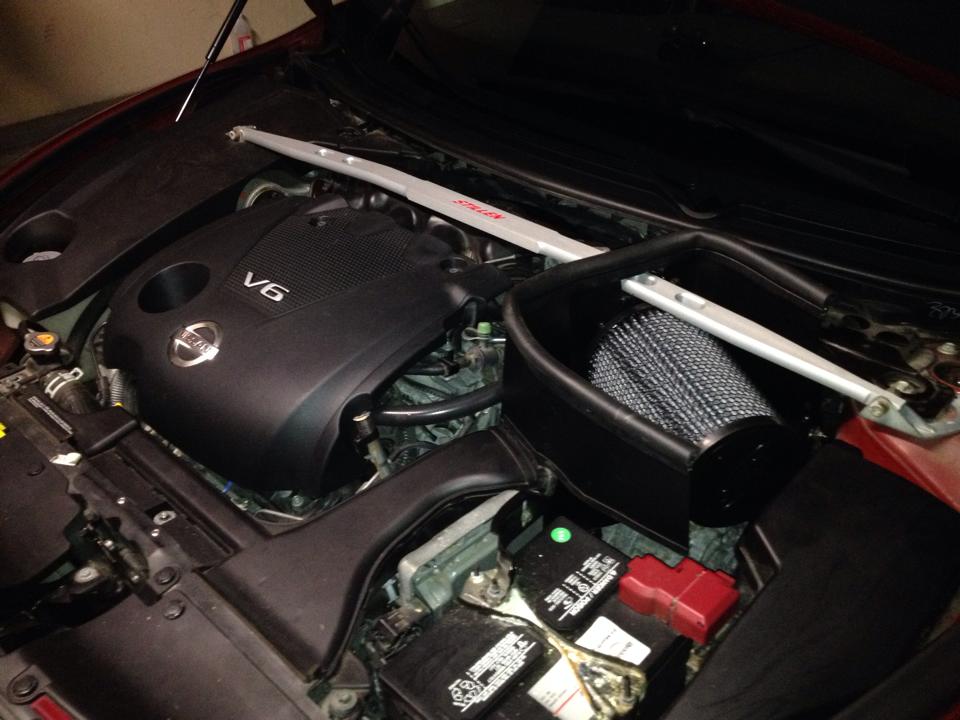 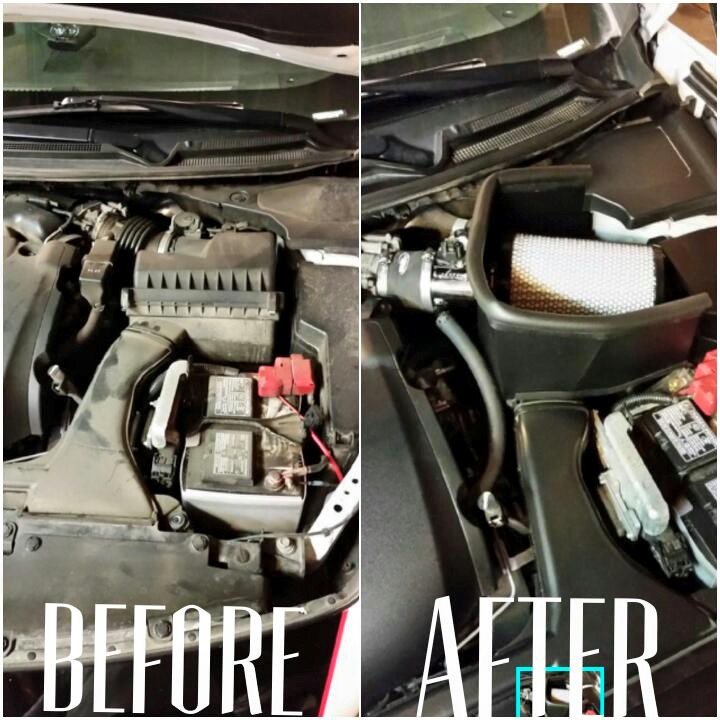 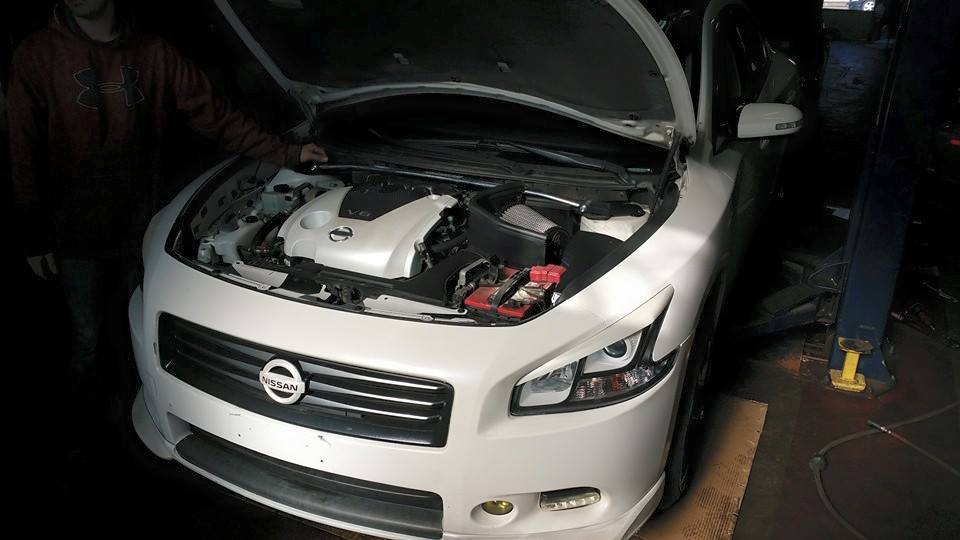 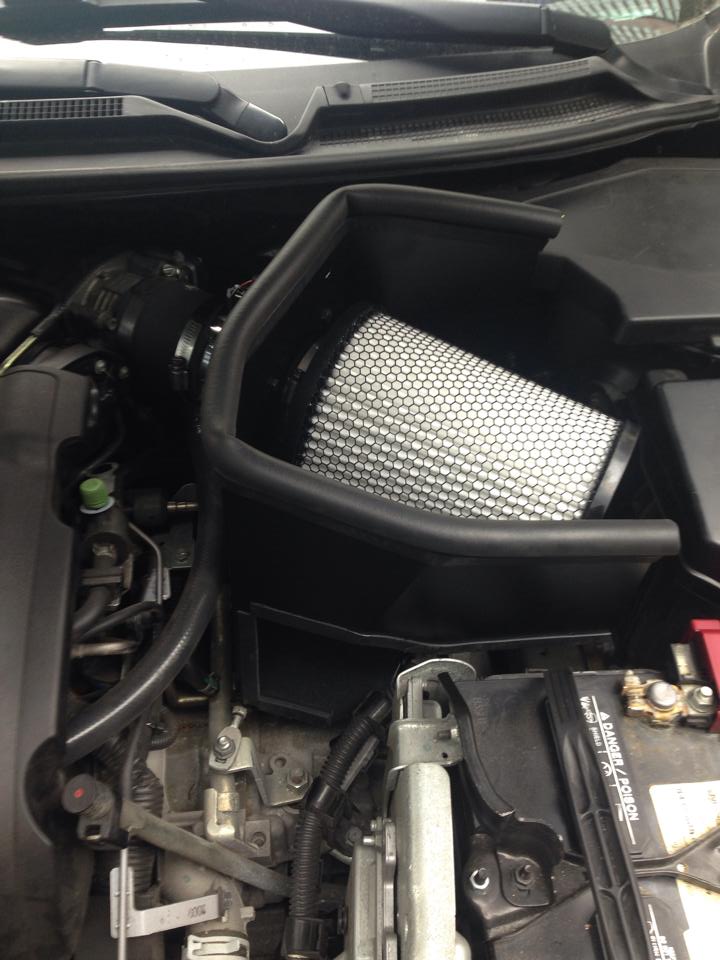 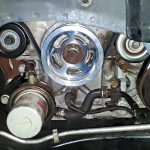 How to Install Stillen Underdrive Pulley on 7thgen Maxima 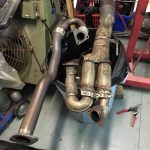