This means that you can use a BlaZt cable to re-initialize the NATS on any Maxima of those years. This is particularly useful for those who have to replace their ECU and don’t feel like going to the dealership and dropping $100 to get the ECU programmed to their key/immo (or those who simply want to add more keys to their car).

Normally, the PIN is provided to you when you buy the car but most people lose it. Well, now you can finally add your own keys to the car and/or re-program a used ECU’s to the car.

For those who don’t know the PIN, the PIN can be decoded using a software called “Nissan SuperCode”. The software requires the serial number from the BCM that the ECU came from. It will then provide the PIN. The only problem is that when you buy an ECU from a junkyard, they usually don’t provide/know the BCM serial number from the car that the ECU came from. Normally, you’d have to go to the dealer so they can decode it, but now that I discovered this “master” PIN, you can do it yourself!

The following cars all use the same “5523” default PIN: 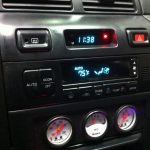 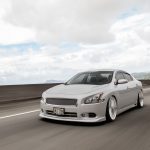