My SES light came on the other day and the code is indicating O2 sensor Bank 1, Sensor 1. That is the bank that is on the back side of the engine, against the firewall. Sensor 1 is the sensor in the exhaust manifold before the cat.

BTW… I priced this sensor at the various auto parts dealers and found the following:

Obviously I was looking for the exact replacement and not a universal fit that I was going to have to splice wires on. Autozone, Advance and Napa all listed the exact same Bosch part number (17264) but their prices varied by nearly $100!

I ordered mine from Napa but after a week they said they were out of stock and so was the manufacturer (Bosch). Advance Auto and Autozone both gave me the same information. Sadly, I had to break down and purchase the sensor from the stealership.

My SES light came on and the code indicated Bank 1, Sensor 1. Bank 1 is the side of the engine closest to the firewall. Bank 2 is on the front, closest to the radiator.

Sensor 1 is in the exhaust manifold, before the cat. Sensor 2 would be after the cat. To do the job, you will need a few simple hand tools including a ratchet with extensions, 10mm, 12mm and 14mm sockets, a standard screwdriver, needlenose pliers, and an O2 sensor socket. I used a crowsfoot design O2 sensor socket because a straight O2 socket was not deep enough. If you have a strut tower bar like I have, you will need an allen wrench and 14mm wrench to remove that. Again, as I stated, my bad sensor was in the bank 1 exhaust manifold. In order to gain access, I had to remove the hood, strut tower bar, windshield wiper arms, plastic cowl panel and metal cowl panel.

When removing the hood, have someone assist you in lifting it off. It is a good idea to mark your hinges with a paint pen so you can align the hood properly when reinstalling it. The plastic cowl panel is held in place with 4 plastic fasteners that just push in place. To remove them, I pried up the edge with a screwdriver and used a pair of needlenose pliers to pull them out. Do this carefully or you may break the fasteners off. Once you get the 4 fasteners out, lift gently on the plastic cowl panel. There are several white clips underneath that will pop out if you lift carefully. After you get it loose, you can lay it on the front of the engine. There is no need to disconnect the windshield washer lines. Under the plastic cowl panel there is a metal cowl panel that is held in place by twelve, 10mm bolts. Remove the bolts and lift out the panel. After the metal cowl panel is removed, you will have access to the O2 sensor. Disconnect the connector first. To do this, you will need to remove the grey locking tab, then pull the connector apart. The portion that is attached to the sensor lead is stuck on a mounting tab. After you have disconnected the wire, use an O2 socket to remove the sensor from the exhaust manifold. When you have removed the old sensor, reverse the process for installation. 1. If your new O2 sensor did not come with anti-seize on the threads, put some on. Otherwise, you will never get it out later.

2. DO NOT DROP THE NEW SENSOR! If you do, you will damage it and you will have to replace it.

3. To clear the SES light, disconnect the battery for 20-30 minutes to reset the ECU. Or, you can take it to Autozone or some other parts dealer and they will clear it for you.

4. For all you flamers that want to tell me that my engine compartment is dirty, don’t worry, I detailed it when I was done.

I hope this helps. If nothing else, you can see that you can do this yourself without having to pay the dealer $85.00 per hour to do the job for you. 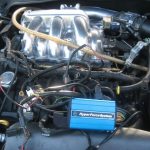 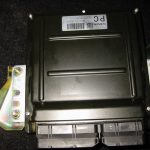 How to Find & Remove Your ECU v1 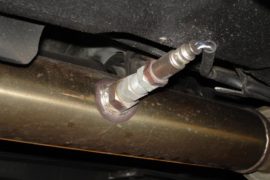 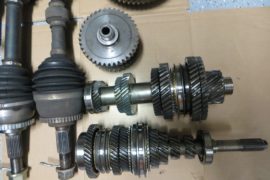 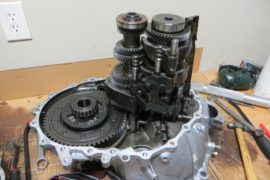 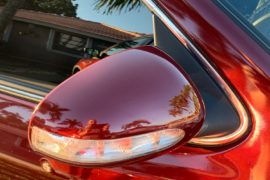 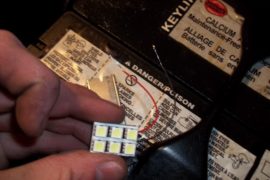 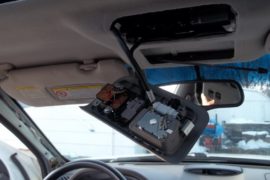