The “4DSC” name was officially designated by Nissan in 1985. The  Nissan Maxima has always one of the sportiest midsize sedan offerings. Its roots trace back to the 1976 Datsun 810, which had a fuel-injected straight-six, five-speed manual transmission, and semi-trailing arm rear suspension. Nissan introduced the updated 1985 Maxima as the four-door sports car or 4DSC, forever cementing the car’s position in the minds and hearts of the enthusiastic driver.

This is our branded name adding “MY” which means showcasing “MY OWN” (aka your own) 4-Door Sports car. This website was officially launched on January 1st, 2017. It’s the #1 educational Nissan Maxima website on the web. We provide the latest and most exclusive content in the Maxima community!

Commercial from 1989 for the Nissan Maxima, promoting it as a 4-door Sports Car (4DSC), a naming they put on each car as a sticker. The Maxima was redesigned on October 24, 1988 for the 1989 model year as the J30 series (not to be confused with the unrelated Infiniti J30) model.

Larger dimensions made it the second Japanese sedan sold in North America to qualify as a “mid-size” (after the Mazda 929). Nissan marketed this generation Maxima in North America a four-door sports car and even gave it a “4DSC” window decal showing this. This generation was briefly sold in Japan, replacing the Nissan Leopard sedan at Nissan Bluebird Store locations. 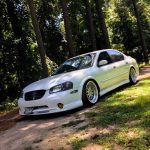 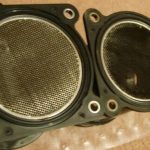