Seafoam is a 100% pure petroleum product for use in all gasoline and diesel type engines, both 2 and 4 cycle. OXYGEN SENSOR SAFE. Cleans dirty engine parts internally by removing harmful gums, varnish and carbon. WORKS AND PERFORMS INSTANTLY.

Important Note: Run the seafoam in your oil for NO MORE THAN 250 miles! Seafoam is very aggressive. Your next oil change will be black as satan’s heart and likely thicker than usual. I would not recommend running this oil very long in the car as your oil filter is going to have quite the time on its hands and the oil won’t be in the best of shape afterwards. I’ll say it again. change your oil less than 250 miles after you put seafoam in your crankcase! I recommend running it 100 miles, then changing your oil. that should be plenty for the seafoam to get most of the gunk out.

How to change your Cabin Air Filter 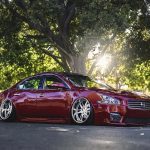 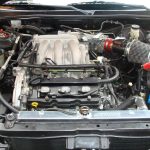