Years ago, my wife decided she wanted a mid-sized sedan. She was tired of the van, and America’s obsession with the SUV was in its incipient form. We were looking for something used, in the $10,000 range.

We had missed on a Taurus that had just sold. A couple days prior we looked at an import sedan (it was either an Accord or a Camry). After dinner one evening we drove past a Honda dealership and I saw a fourth-generation Maxima parked out front. I always liked the look of these cars and felt they were perfectly sized. The next generation Maxima would become larger and the next gen after that even more so.

This Gold example had alloy wheels and a spoiler, so I knew It was not a base model. I made a U-turn and went back. When we pulled in, my wife noticed it also had a sunroof. I noticed that the windshield had four large bright orange stickers that spelled out “6995”. (Remember this number, we’ll need it later). 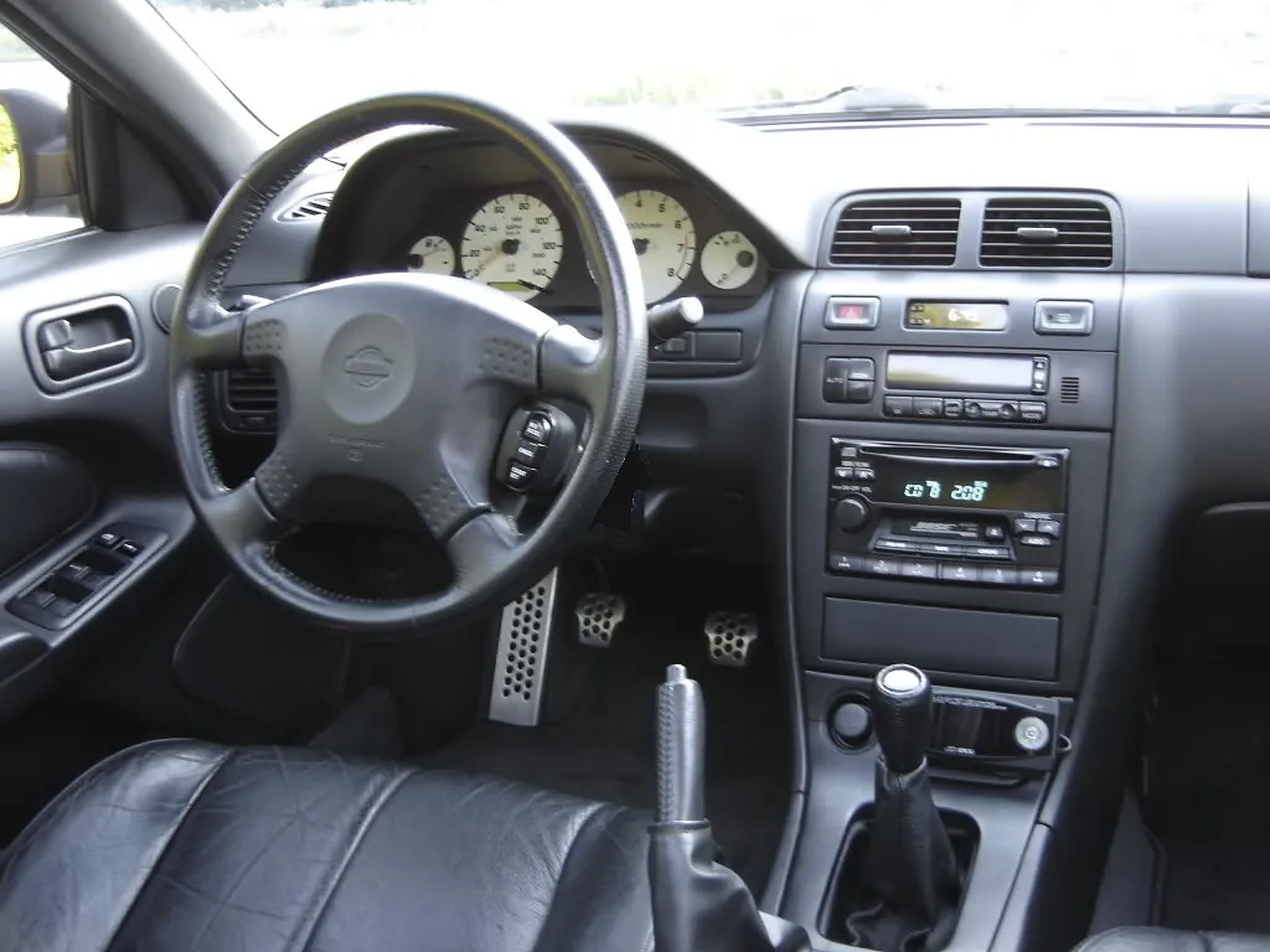 The car had leather seats and seemed in excellent condition. The odometer showed approximately 75,000 miles. I also noted that it was a five speed. I was beginning to like this car more and more. A very young salesman came out and introduced himself. He did not even seem to be of drinking age yet. If he was – and drank, he got carded regularly. He was a nice kid, but the only thing he knew about the car was where he could find the keys.

As he went to get them, I had a look at the car. This generation Maxima was sold from 1994-1999. All had the same three liter V6 from the 300ZX, with about 190 horses. The automatic transmissions were known to be fragile, especially with age. The Maxima was the flagship Nissan and when loaded, was quite a nice vehicle. 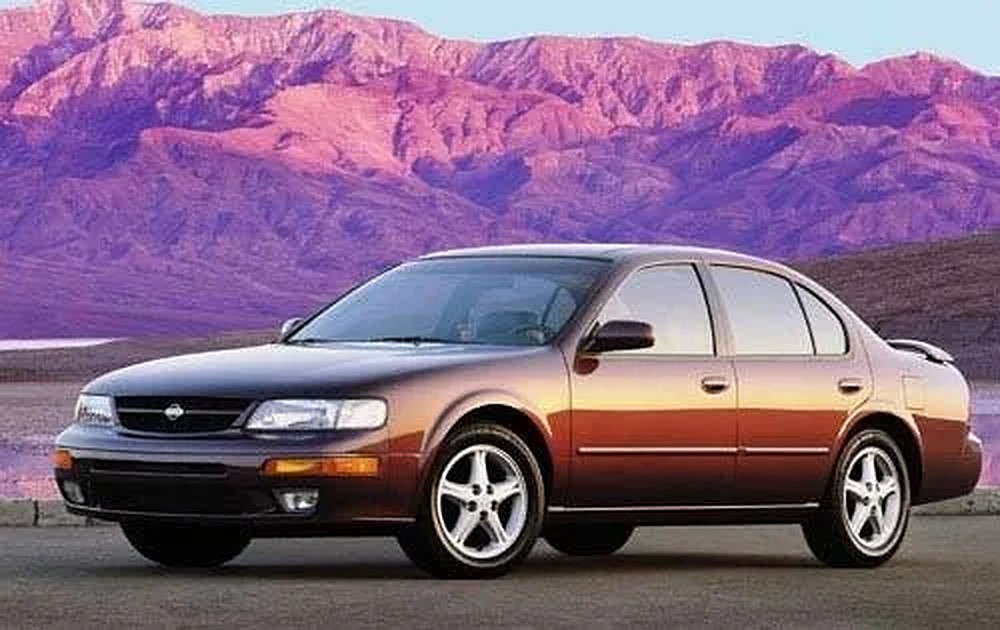 As best I could tell, this one had original paint and consequently no hidden accident damage. The underside was perfect, and all the fluids looked good. The four tires were all the same brand, with about half of their life left.

Incidentally, I always check to see if a used car has matching tires. If they are all the same brand (and correct size) and they are not new, it often means the previous owner was good with maintenance. If they are new, the dealer probably just put them on, so you don’t know. You can also check the age of a tire. All passenger car tires sold in the US have a four-digit week/year of manufacture stamped into the sidewall. It is stamped only once, so when mounted you have a fifty-fifty chance of being able to see it from the outside. 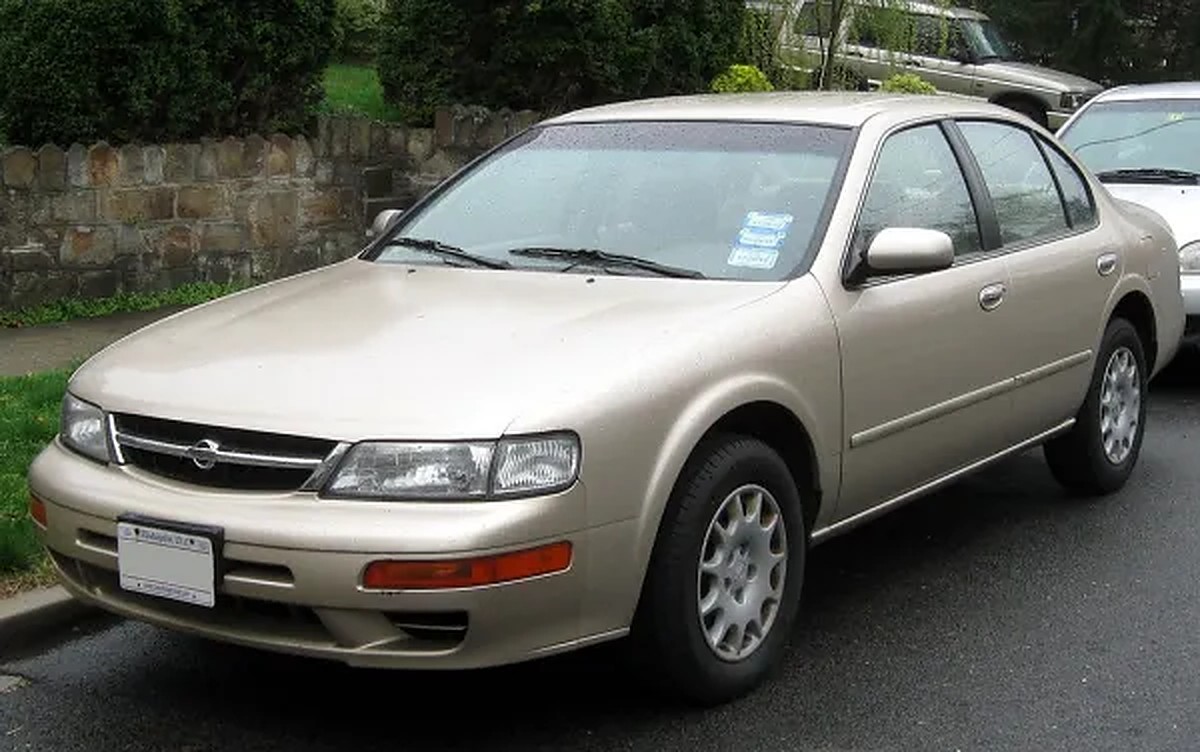 My wife and I went for a test drive with the junior salesman in the back seat. The car ran great, and when it was her turn, my wife enjoyed it. Driving a manual is not a big deal for her. When we got back to the dealership, I wanted to check the book value. This was before smartphones were everywhere, so I asked if there was a computer available. The very green salesman looked puzzled, but showed me to a glass cubicle with a PC. A quick search revealed that the retail value of this car was in the $10-11k range. The trade in/private party values were more than what they were asking.

He stammered through the classic sales question: “What do I have to do to get you to take this car home today?” I replied “Nothing, we’ll take it!” This made him freeze! He did not know what the next step was. He stuttered, and admitted that we were his first customers. He left to go get help.

A few minutes later, we had our licenses copied and were signing papers when the sales manager interrupted. “I’m sorry to tell you all that the car is actually priced at $9,995.” Our young salesman immediately went to bat for us: “Well the price on the windshield says $6,995 and that’s what we agreed on”. The manager explained that in the package of stickers, the same sticker was used for a “6” or a “9”. Someone goofed. The boss was trying to negotiate up, but our young salesman would have none of it. It didn’t matter that the first digit had inadvertently been flipped, a deal is a deal.

The manager finally changed his tune. He gave me a lecture about how the dealership we were sitting in was a place that keeps their word. He continued with a spiel about how he hoped we would always be lifelong customers, and we should also tell all our friends how great his dealership was.

This was the same dealership that forgot to remove any of the previous owner’s paperwork from the glovebox. The next morning, in my driveway, I learned that it was a one-owner car, and when I found the original window sticker, I realized that in 1999 this thing sold for thirty grand!

I really enjoyed that Maxima. The seats were excellent, the ride was a perfect blend of soft yet sporty. It was large enough for me to take all four kids somewhere (before they were teenagers), but it wasn’t really a large car. The manual made it fun, and it was strong enough to bark the tires off the line. 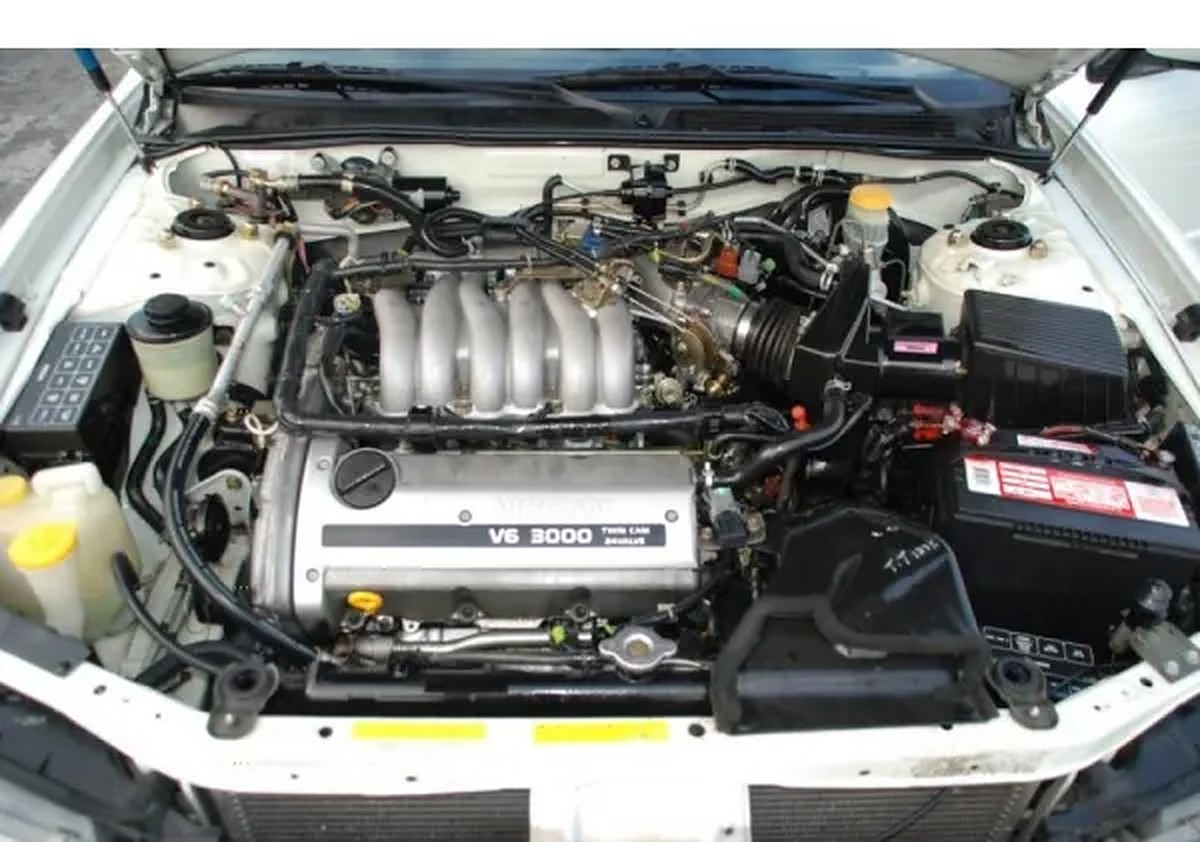 Because it was technically my wife’s car, we kept it for about four years. In all that time it never broke down, although once I spent the better part of two days in my garage putting a new clutch and pressure plate in it.

I’ve never bought another car from that dealer. They’ve just never had anything in stock I’ve wanted. Oh, and they’re far too careful with their price stickers these days too. 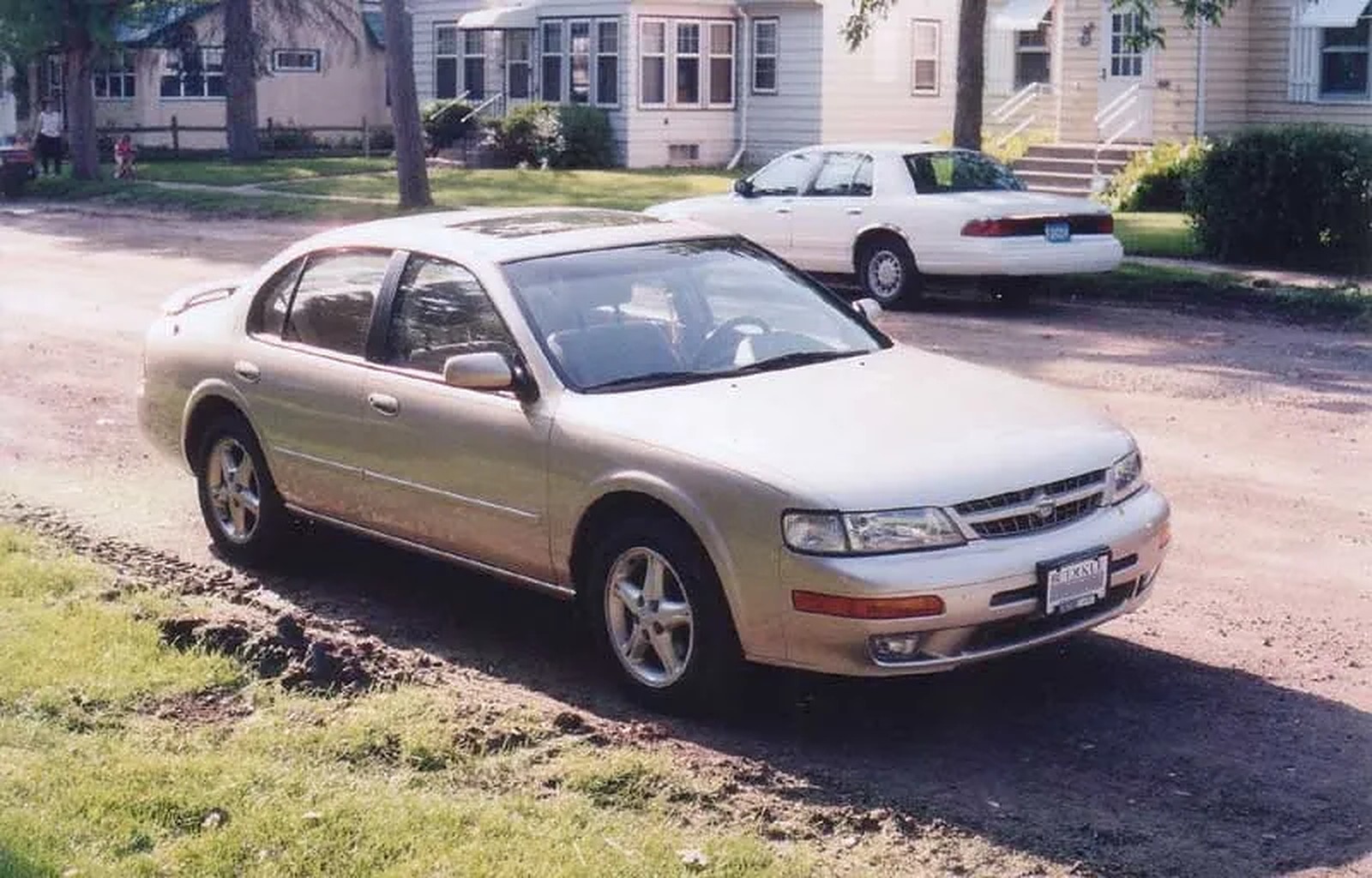 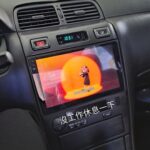 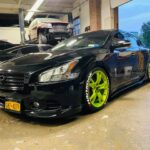