For about 8 months now, I have been having problems with my VSS (Vehicle Speed Sensor). My speedometer and odometer would intermittently stop working while driving. It would trigger my CEL (Check Engine Light). The CEL code was 0104, VSS and sometimes 0504, Automatic Transmission Control Unit Signal to ECU.

About 6 months ago, I bought a new (used) VSS from fanaticrock, the “4th gen parts guy” for a good price. Well, after procrastinating for 6 months, I finally installed it the other night. It took no more than 90 minutes so I am upset at myself for waiting so long. It’s really a 10-15 minute job. Most of my time spent was 1.) Finding the location of the stinkin’ thing and 2.) Actually pulling it out of the transmission!

The Chilton’s and FSM (Factory Service Manual) show no pictures. The Haynes shows a picture too zoomed in to know exactly where it is. And, the instructions in the Haynes say to raise the vehicle. So I spent way too much time under the car looking for it. Turns out, it’s on top of the transmission (located near the fire wall). The extent of the Chilton’s is “unplug, unscrew, pull out”. No pictures, no explanation of its location.

Instructions at autozone.com, basically the same as the Chiltons. The FSM was worthless. But, I did finally find the VSS location. Sorry, I do not have any pictures, but I could take some if anyone really needs them.

Once I found it, aside from having to reach in deep into a fairly cramped space, it was a breeze to unplug the harness and unscrew the one retaining bolt (you can access it from standing on the driver side of the engine).

Where I spent another frickin’ half hour was trying to actually pull it out of the transmission. It is tight! And the sharp shape of the top of the VSS hurts your hands. I had to double up on gloves. I eventually got it. The new one was also tough to put in the tight hole but I eventually got it in.

So far, problem solved! No bad odo/speedo nor CEL. I have driven the car a dozen times and for ~200 miles. I think the problem would have already occurred if it was going to.

I just thought I’d share in case anyone else is having similar symptoms/needs to change their VSS. I tried to use key words to aid future searchers. I hope this helps.

VSS out of the transmission: 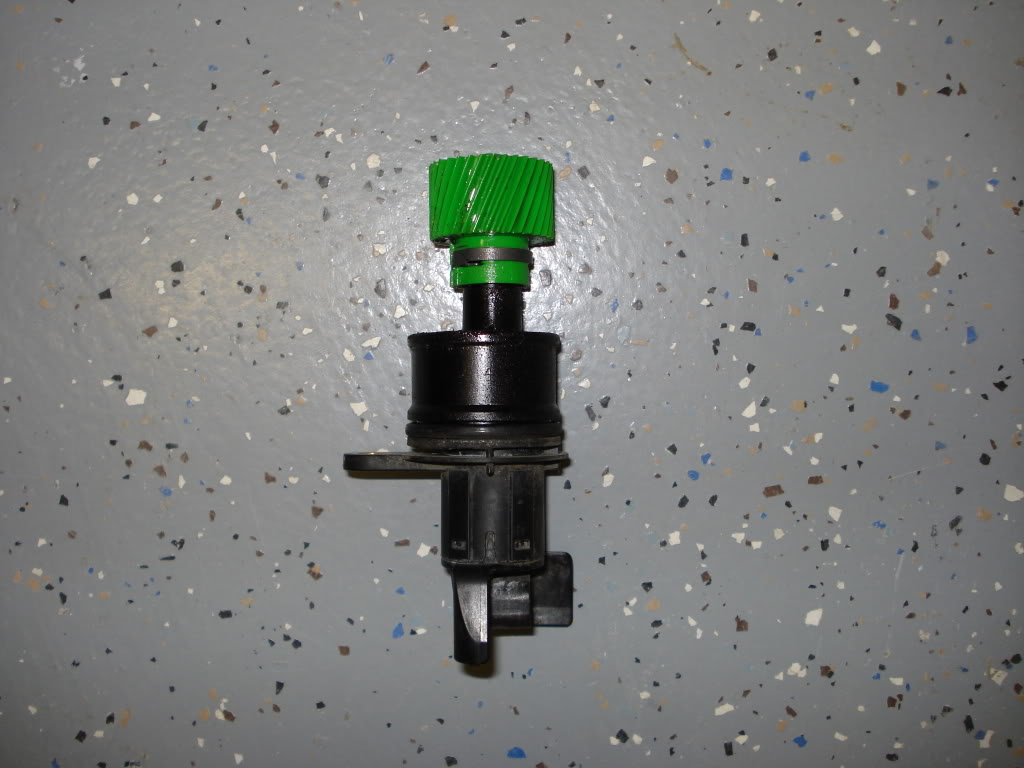 The wiring harness. You may not need to change this, I did just because Fanaticrock sent me one with my VSS: 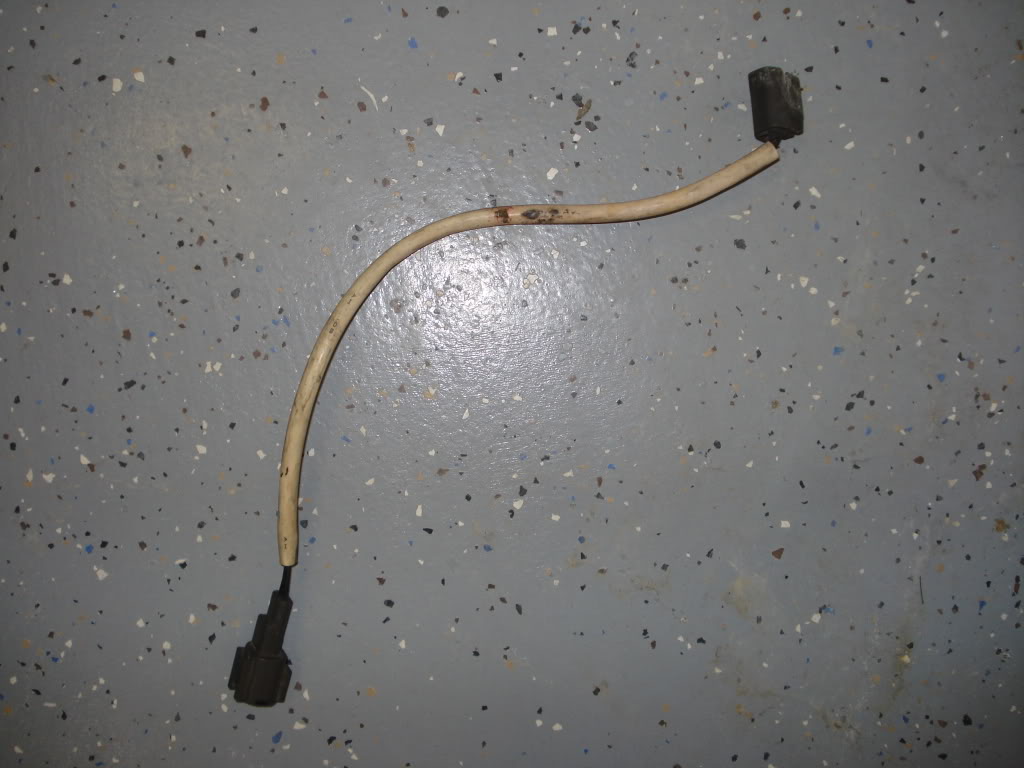 Zoomed out pic. General area of where you’ll stand and reach in when changing the VSS (excuse my filthy engine bay, this is my ’96 which is my beater car): 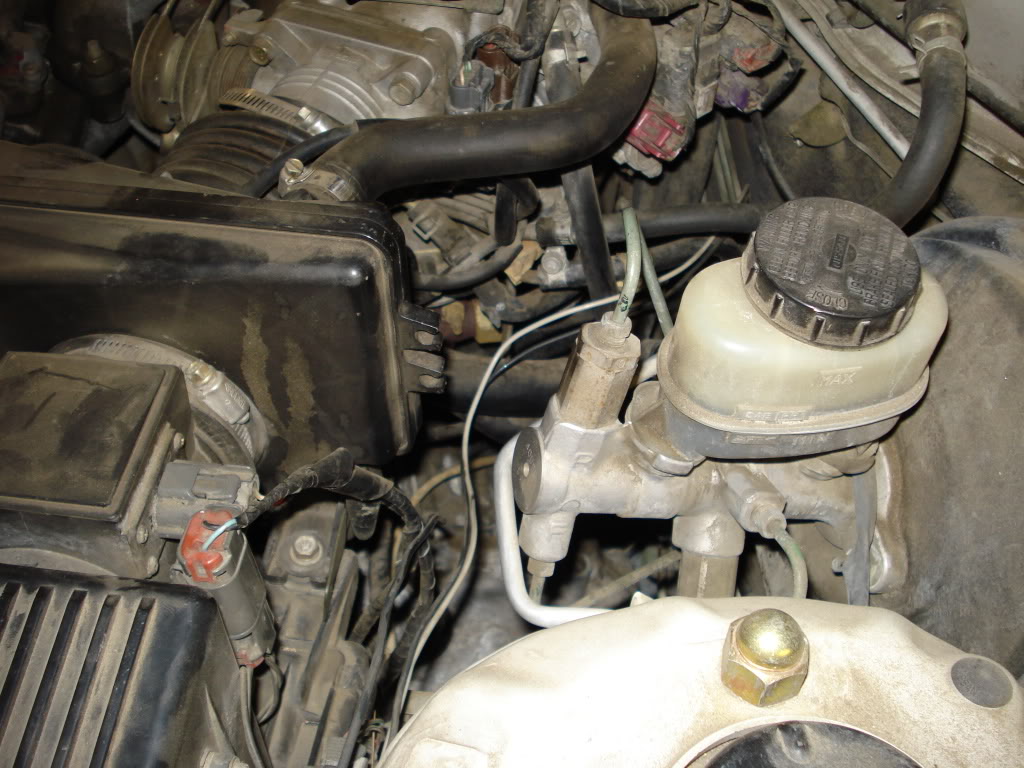 This is where the VSS is located – on top of the transmission: 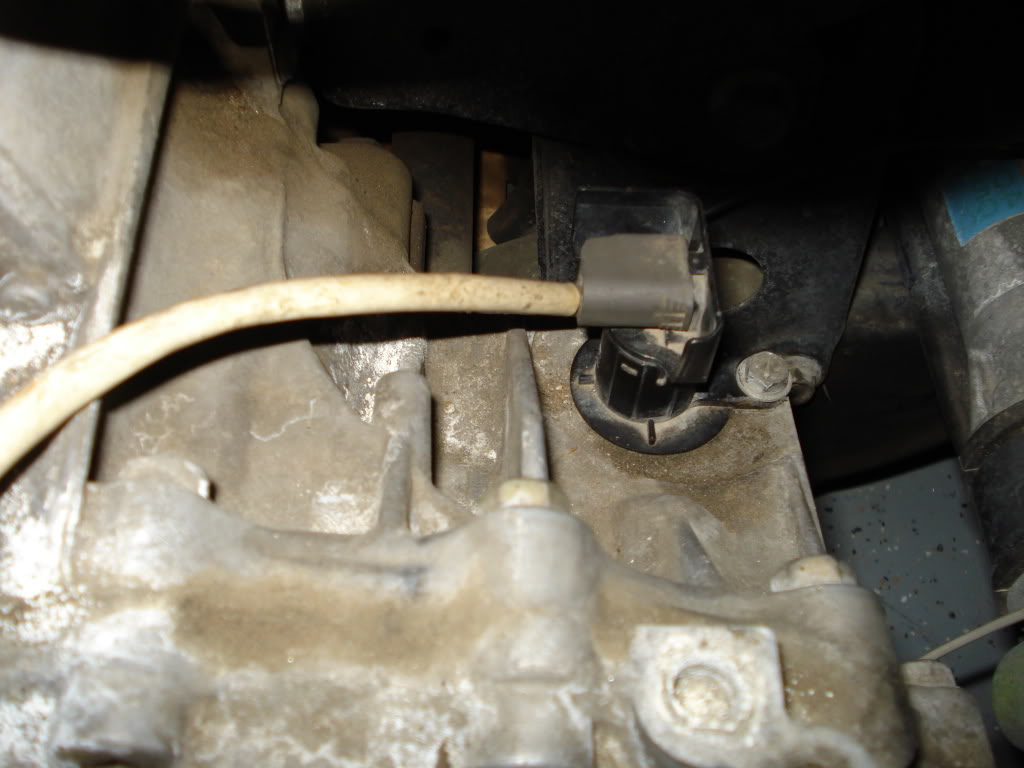 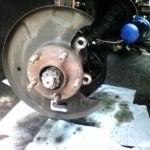 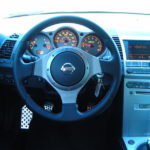