Ever since the 2009 Maxima came out, I knew that an NWP Engineering VIAS Block Plate Kit could possibly be a great modification to offer to the community. And for the past year or so, I have been working on this project for the 7th gen 2009+ Maxima. I realize that a block off plate kit is currently being sold by someone else. But, I do not feel it’s necessary to abort a project simply because a different kit came out before we had a chance to finish our testing.

Here are some pictures of the NWP Engineering prototypes: Several hours have been spent on the dyno testing these prototypes. The test vehicle is none other than Darren Surratt of VoltageDrop.net. He currently owns the world’s first and only 2009 Maxima VQ35DE engine swap in an older style Maxima. Best of all, he is using a 6spd manual transmission, which is crucial if you want to conduct accurate dyno tests. The stock 7th gen Maxima only comes with a CVT (Continuously Variable Transmission). This means that the gear ratios are always changing during the dyno pull. Since this is the case, you are unable to accurately use the dyno charts to determine HP gains and losses in various parts of the powerband. Simply put, running a CVT on a dyno can possibly provide some ballpark numbers to look at, but they will not be accurate in determining low end, midrange, and top end HP results and comparing before and after dyno runs. The only way to properly dyno test a vehicle with a CVT transmission is to lock it into a 1:1 gear ratio and currently, this has never been done on a 7th gen Maxima. So, as of right now, Darren owns the world’s only 2009 Maxima engine that has the ability to make consistent and comparable dyno runs that will show the entire powerband.

Here is a before and after dyno comparison of a stock intake manifold with stock operating VIAS actuators versus the VIAS actuators being removed and block plates installed: As you can see, there is a huge 19 ft-lbs of torque loss in low end power and roughly only a 2HP increase on top end. But, this is only comparing two dyno runs. If you know how NWP Engineering does dyno testing, you know that we are way more accurate than this! We always like to take an average of all the dyno runs.

We did 4 dyno runs before and 3 dyno runs after the NWP Block Plates were installed. Then, we exported the runfile data to an Excel spreadsheet so that the numbers can be analyzed more thoroughly. Horsepower and torque data was taken at every 100rpm and used for this comparison. At every 100rpm increment for every dyno run, an average was calculated and then plotted on the dyno chart shown below. Since Darren’s 09 engine was running so consistent, our average dyno comparison chart looks almost identical to the two dyno runs shown above. But, these average results are even more accurate than simply comparing two dyno runs with one another.

I am really surprised with the efficiency of the stock 09 Maxima Upper Intake Manifold (UIM) with the stock variable induction air system (VIAS).

Unfortunately, the results are not what we had hoped for. I knew there would be a low end power loss, but I didn’t know it would be this large of a loss. And I really thought there would be a noticeable top end HP gain to make it worth it overall like the 02-08 Maxima VIAS removal does. But, what seems to work for the 02-08 VQ35DE Maxima does not necessarily work on the 2009 and newer VQ35DE Maxima.

Due to what was proven in our testing, I do not see a need to produce the VIAS Block Plate Kit for the 2009 and newer Maxima. But, I feel compelled to share this information to the Nissan community to let you know what kind of projects NWP Engineering has been working on lately.

As you can see, we thoroughly test all our products before they are released. I won’t release a product unless it has been proven to benefit your car’s performance. This is not the first time we’ve tested an NWP prototype and had to abort it due to low performance gains. 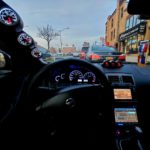 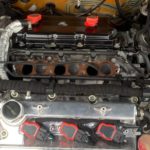