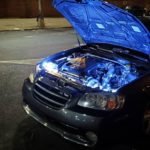 […]them on/off as needed. They also have the same LED strips for $10 bucks at Walmart without the cigarette lighter adapter which you don’t really need. However, they didn’t have those in stock so I went with these. Happy with the overall turnout. Looks really good at night. Alpena Max […] 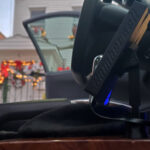 […]but just not a good fit for the 6thgen Maxima. Finally I found one that fit perfect using the cigarette lighter port. Mines did not cover with it so I ended just getting a shifter console on eBay that had it. Everything came out perfect and clean. It’s nicely tucked […] 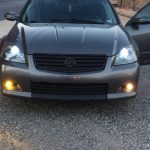 […]your front or rear cigarette lighter fuse and plug this in. I used the front cigarette fuse. The cigarette lighter is part of the ACC circuit. Therefore it only comes on when the ignition is in ACC. At the fuse box it’s only a positive wire so when you put […] 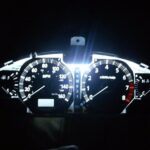 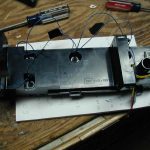 […]7: Now its time to use the resistor(s) you bought. Here’s how I decided on 80 Ohms: The car/cigarette lighter provides 12 volts of electricity, and I measured the LEDs as using 4 volts. That leaves 8 volts that have to be used in our circuit. You may also remember […] 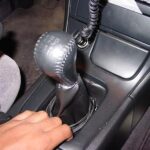 […]the surface of the shift knob with a towel. 5. Also remember to remove the attachment for the Cigarette lighter. 6. Here is a picture of the new boot next to the console and old boot. 7. Turning the console upside down you will see grooves where the old boot […] 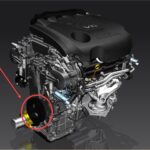 […]stock size pulley will help you rev faster and may free up some horsepower because it is lighter than the stock pulley. An underdrive pulley (UDP) will do the same things, but it will do them a little better because it is smaller and even lighter, and, due to its […] 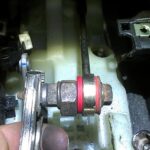 […]of the hand brake. Once the center console is free, unclip the power connector to the back seat cigarette lighter. Set the center console aside. Next up are the steps I used to replace the bushings underneath the shifter assembly. eclid98 suggests wearing mechanics gloves for certain things. I don’t […] 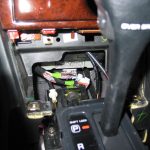 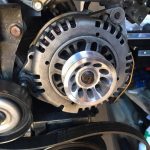 […]all the way in but with red loctite and an impact gun does the trick. Best part of all, it’s lighter! […] 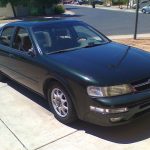 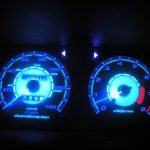 […]the speedo gauge. gently, turn the needle COUNTERCLOCK wise three times. The pressure should get lighter and lighter the more turns you do. After the third turn, turn and LIFT up the needle. YOU MUST GENTLY LIFT WHILE TURNING or else you’re toast. Turn about 3-4 more times while lifting […] 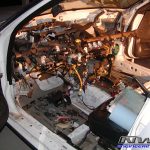 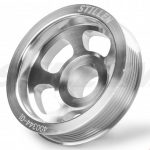 […]All pulleys are CNC turned, milled and balanced based on computer generated designs. Up to 80% lighter weight than stock steel and up to 10% lighter than other aftermarket pulleys, we’ve seen power gains of up to 10+ HP at the wheels.Both underdrive and stock diameter applications available for most […] 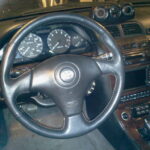 […]making it look sportier and also easier for my large legs to fit under it. It’s about 5 pounds lighter as […] 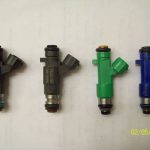 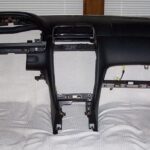 […]by hand to pop the forward snaps that are near the curve. When free, disconnect the wire for the cigarette lighter. Remove the ash tray. Remove one screw at the top left corner. On the right side there are 2 snaps, one top and one bottom. Pry the ash tray […] 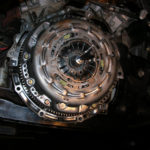 […]make a sound. Very strange. I gotta say, the 350Z clutch is great! I love it. The pedal is much lighter in feel than the stock maxima clutch, and when engaging it bites, yet smoothly with almost no chatter. I didn’t have to adjust the pedal or anything. The engaging […] 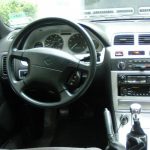 […]trust me. It’s on there good!) Once the knob is off, the boot will come up and off. Unplug the cigarette lighter. You’ll have to push the little release button thingy. The boot sits in the trim with basically clamps and the wire frame. Look at the back of the […] 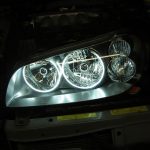 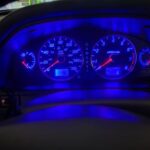 […]at bottom of the ashtray & remove the trim piece by pulling it off to unclip. Unplug hazards, cig lighter, & bulb socket. Replace bulb. For shifter remove 4 screws holding down the center console(2 front 2 rear) but don’t remove. It just helps to have it loose because you […] 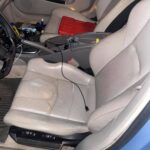 […]to go with the manual versions, so if you’re in there looking for wiring help – sorry but no, lighter is better for me. The main tools you will need: Socket Wrench 10, 12 & 14mm sockets…I believe GOOD drill GOOD drill bits (…and a creative way to cut a […] 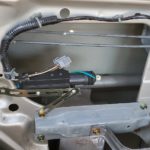 […]for the sound to come through. I covered it with a grille that I spray painted. The paint dried lighter than the representation on the cap, but I was more concerned about function over form… I didn’t really care about putting a hole in the panel, because the panel was […] 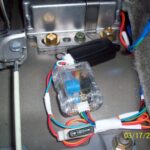 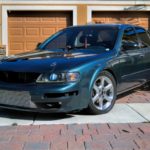 […]the stock 190whp grocery-getter Nissan designed.  The engine was swapped with a more powerful and lighter VQ35DE.  If that code looks familiar to you that is because it is the same engine code that you find in a 350z, just a front wheel drive version.  The bottom end is built […]